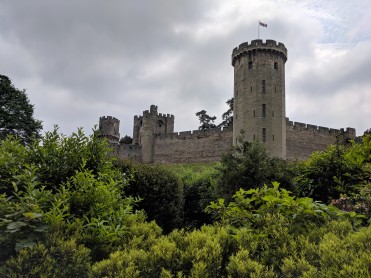 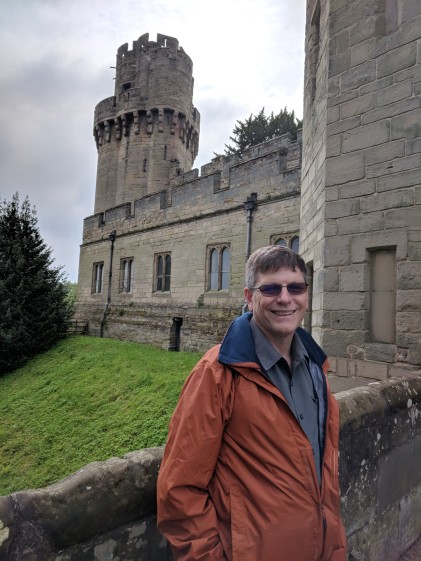 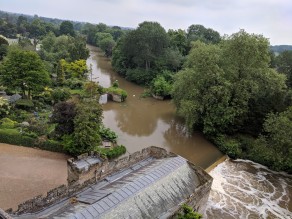 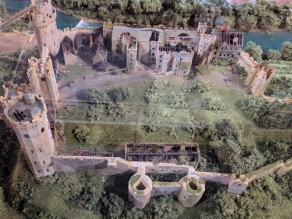 On the afternoon of our second day, we stormed the castle.  Warwick Castle, that is.  Pronounced Warick, the castle was built in 1068 by William the Conqueror because it was in the center of the country, with quick and easy access to any direction.  Additionally, it was on a sandstone cliff on the banks of the River Aven for good trade, transportation, and natural defence.

400 years later, it became the home of Richard Neville, “The Kingmaker,” who had risen to political power in England during the War of the Roses.  You’ll recognize this by a different name: The Game of Thrones, and you’ll recognize Neville as Tywin Lannister, wealthy and powerful noble whose support leads to the downfall of King Aerys.  Neville first sided with King Henry VI (King Aerys), but a territorial dispute led him to support the son of the Duke of York, Edward IV (Robert Baratheon).  Then Edward’s brother Richard (Stannis), declared his nephews illegitimate and took the throne for himself.  If you have watched Game of Thrones, you’ll know it goes on and becomes very complicated, but suffice it to say that 31 characters in the show were inspired by real historical figures, and Warwick Castle has a place in this history Click this Culture TV link to learn more.

The castle is beautifully preserved, and a tour of it made it easy to see that its history goes well beyond the War of the Roses and has, in fact, included many residents and guests. In 1604, for example, King James I granted the castle to Sir Fulke Greville.  It stayed in the Greville family until the 1930s, when the 7th Greville Earl of Warwick, Thomas Guy, shocked everyone by selling off much of his land and leaving it to try his hand at Hollywood stardom under the stage name of Michael Brooke. His son later further scandalized nobility by selling the castle to Madame Tussaud’s Wax Museum.  They renovated it and opened it up as an attraction.  I guess after spending six million dollars on a castle, you have to try to recoup your funds!

It was fun to tour this imposing castle, with its great hall, courtyard, jousting arena, ornate furniture and more.  We even got to watch a group of young “knights” try their hands at sword combat. 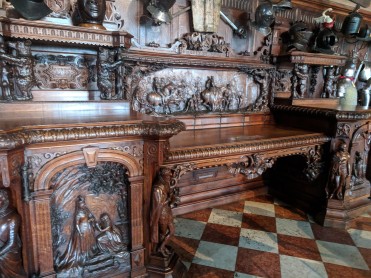